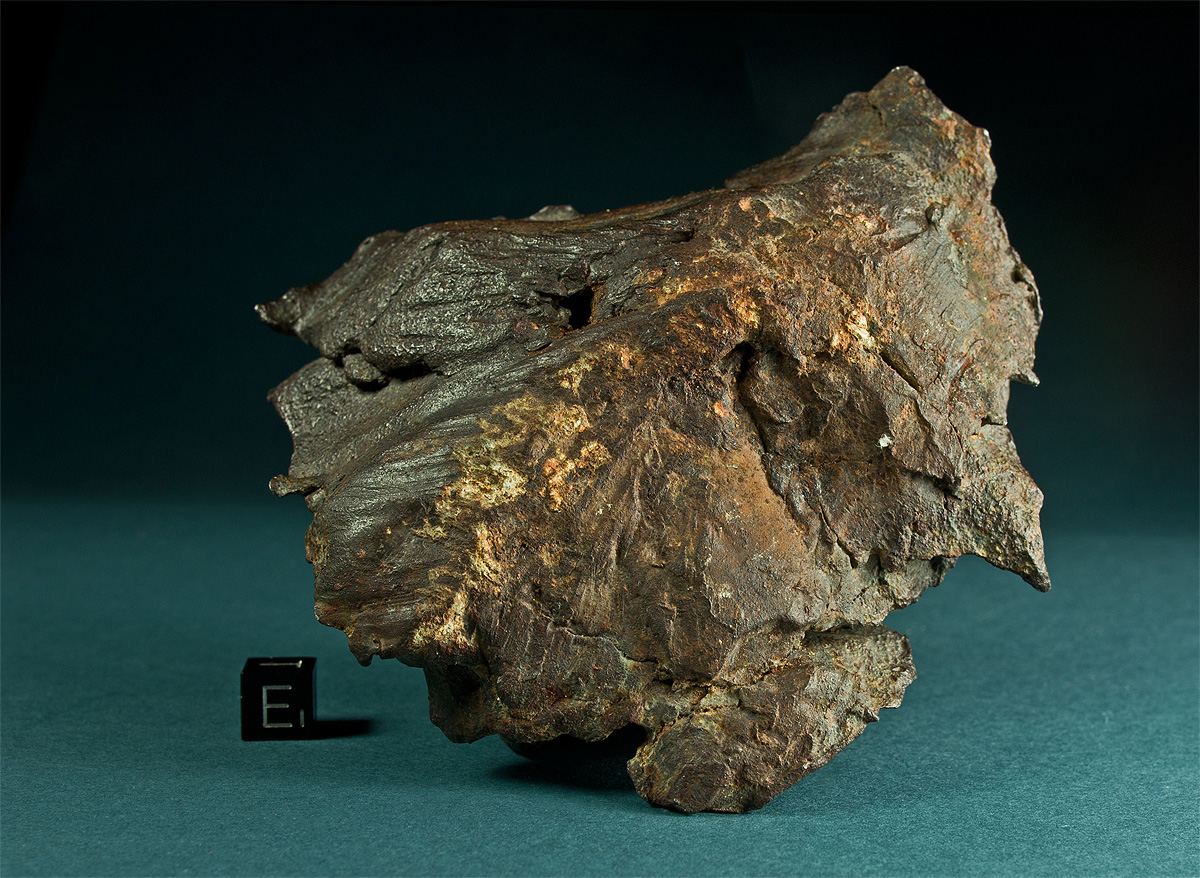 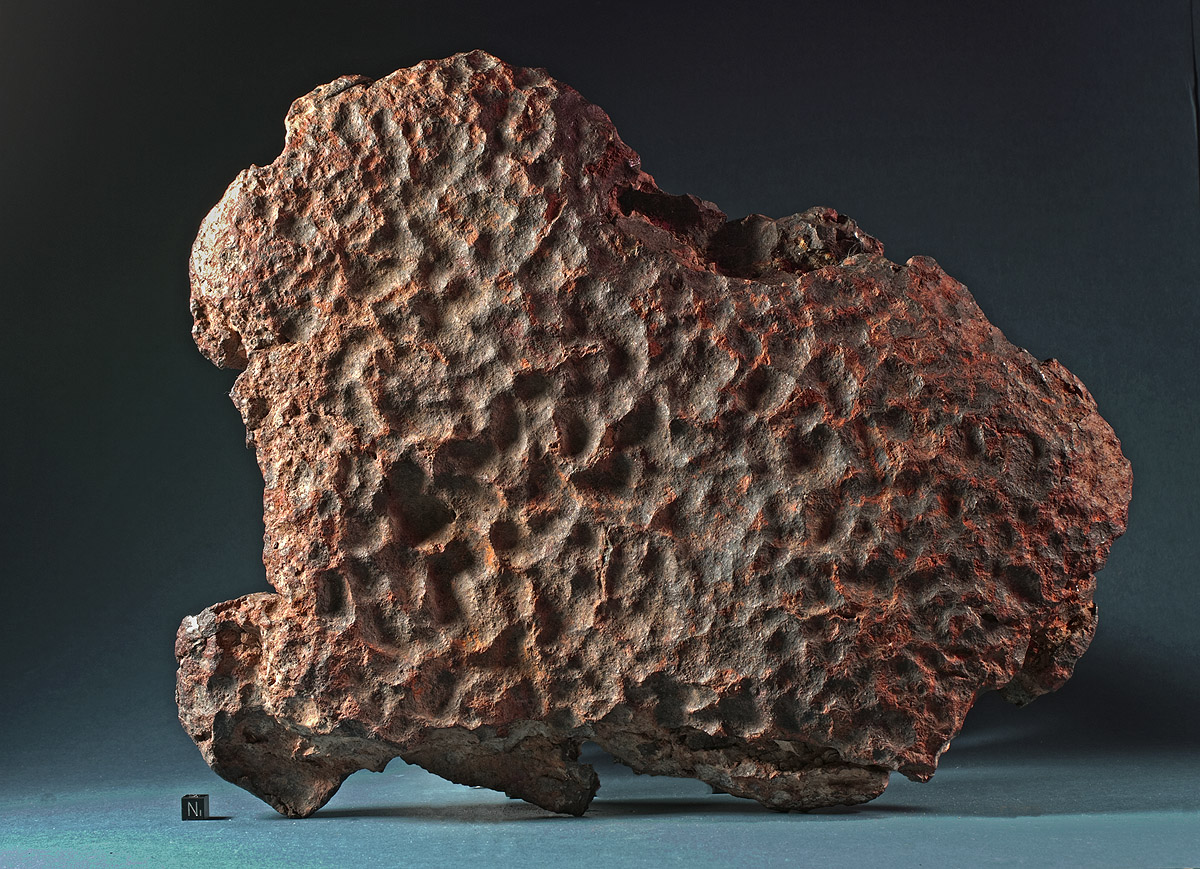 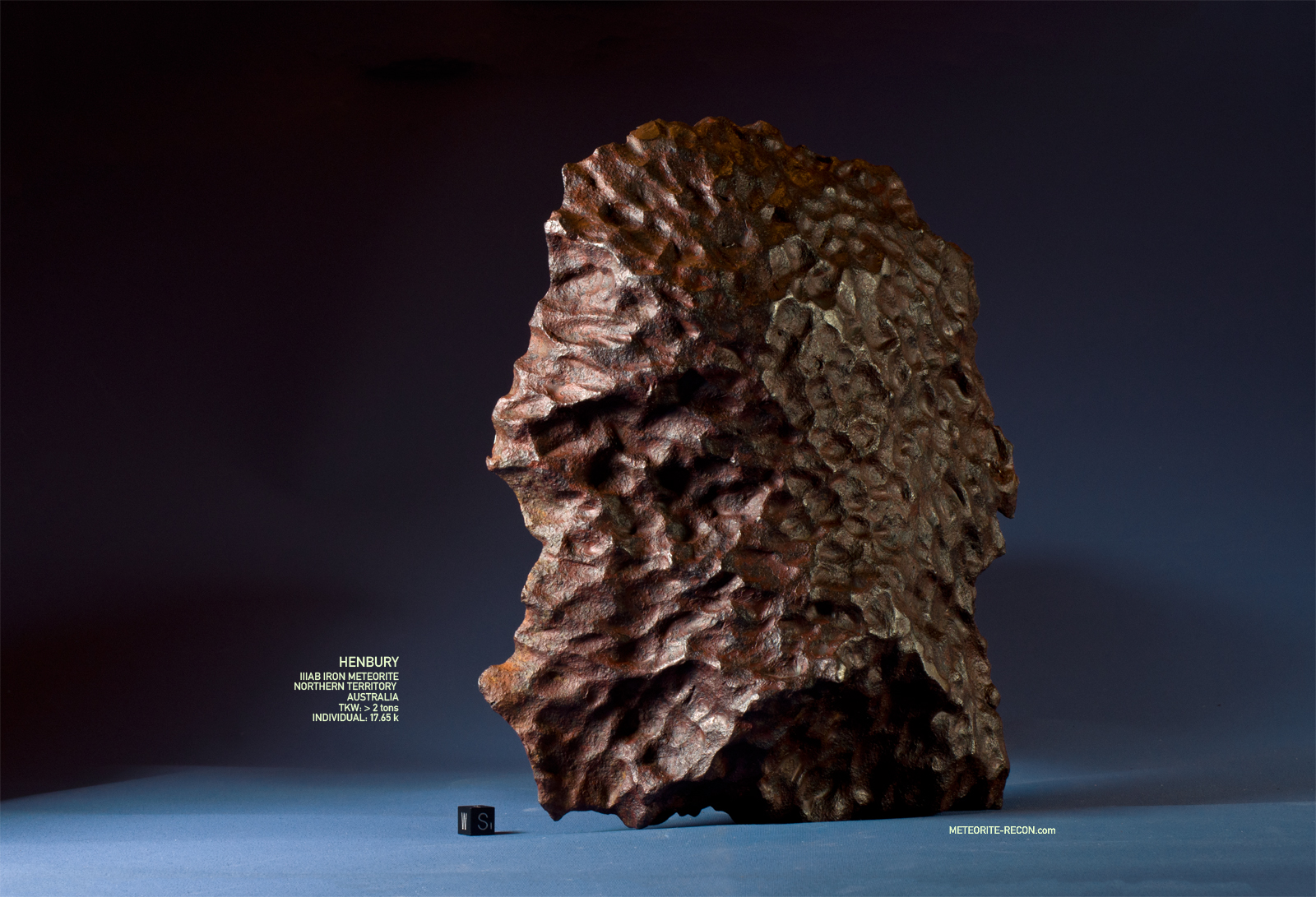 Sculpted 17 kg individual, found in the 1960s 1.5 miles northeast of the craters by local farmer. The meteorite is shaped like a flat shield, displays distinct orientation and shows deep, elongated regmaglypts on the breastside. In order to preserve its natural appearance (the desert varnish in particular) the iron was left uncleaned, and thus still displays the typical dark red patina of meteorites recovered on the surface of the Henbury crater field. 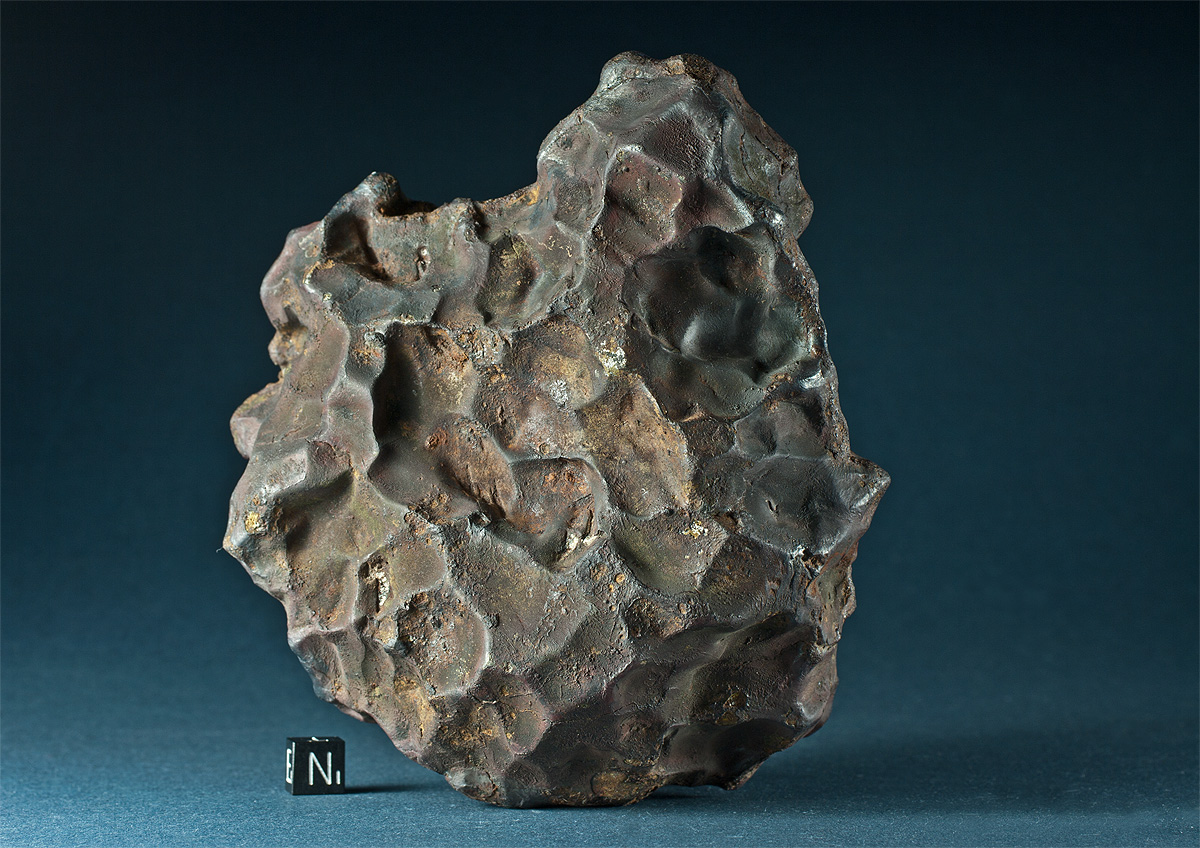 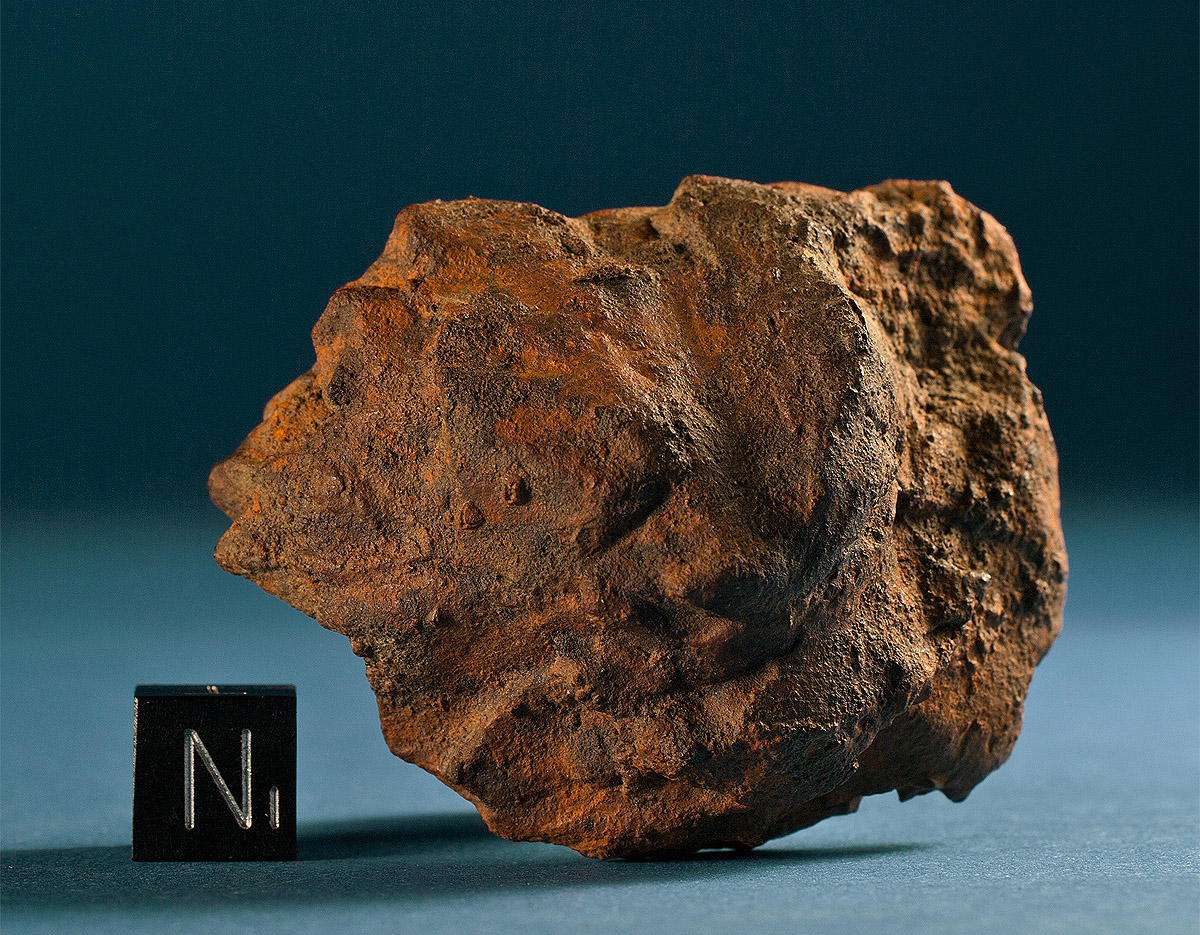