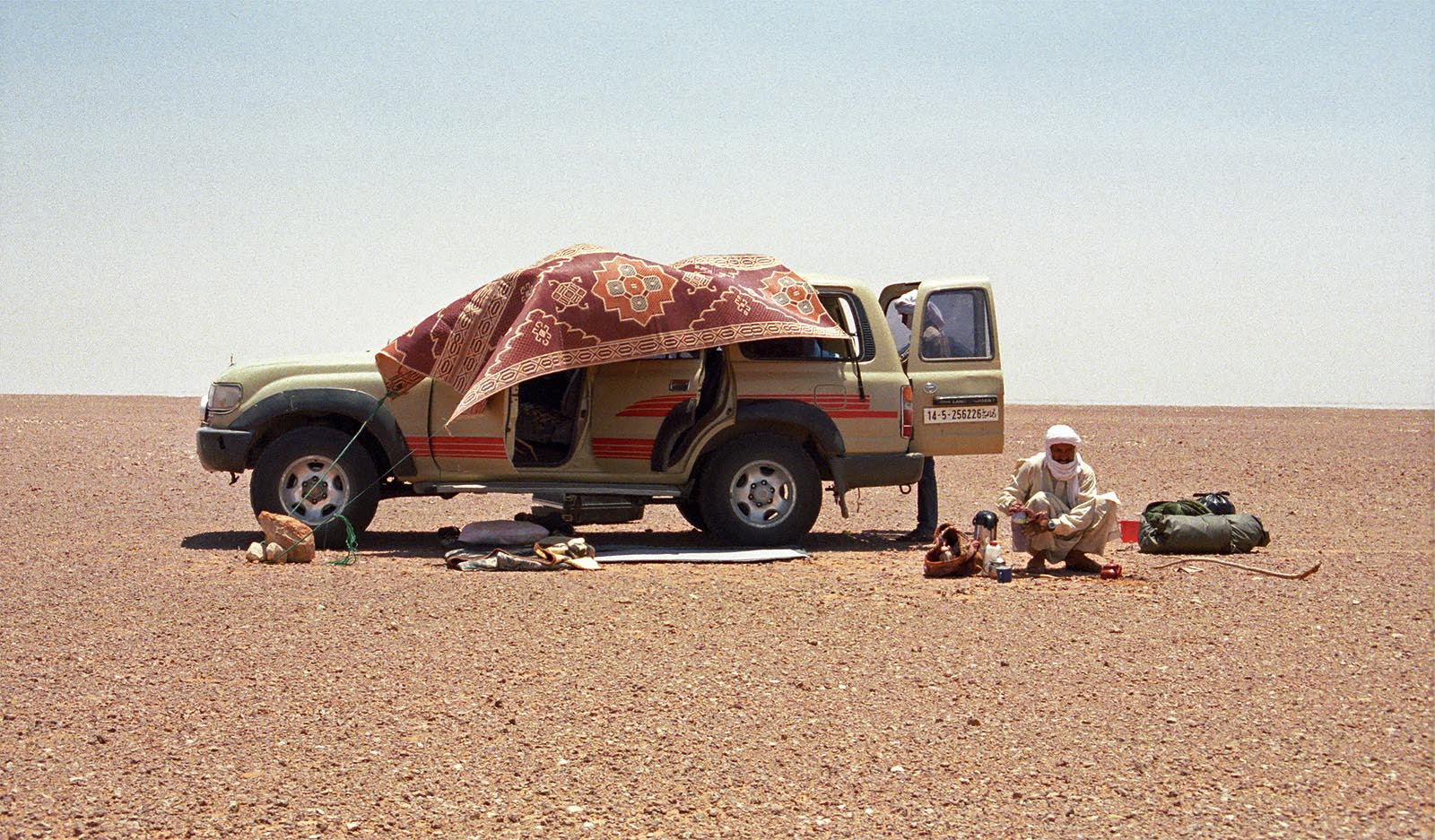 104°F in the non-existent shade. Saleh Ali boils a pot of tea

The analyses our samples are currently undergoing haven’t produced terrestrial residence data yet. But already we can presume that the type 4 chondrite touched down more than 10,000 years ago. That would mean an arrival during the last of the wet periods in the Sahara which is supposed to have occurred between about 11,000 to 3,000 years ago.

Back then, a comparatively humid climate prevailed and posed a serious threat to any meteorites having accumulated during earlier, more arid periods. What is so particular about this paleo-climatic background is the fact that it drastically conflicts with the dense concentration of meteorites as determined for the HaH today. The reported recovery density of approximately one find per 20 square kilometers could never have been achieved if the cosmic matter had been exposed to a considerable amount of humidity over longer intervals.

In his paper about the DaG meteorite field, which is situated only 200 miles to the east and shares a similar geologic past, the German mineralogist Jochen Schlueter suggests a solution to this problem. During his field work Schlueter found evidence that, protected by the savannah-like grass and bush vegetation, a layer of soil had developed in the wet periods. Meteorites aggregated in the earlier arid periods could have been covered by topsoil and thus protected from weathering.

With the onset of the current arid period, eolian deflation removed this soil and left behind a concentration of cosmic debris on the bedrock. These frequent processes of sedimentation and erosion would not only explain shifted deposition of fragments but also the absence of smaller fragments we observed with our second find. 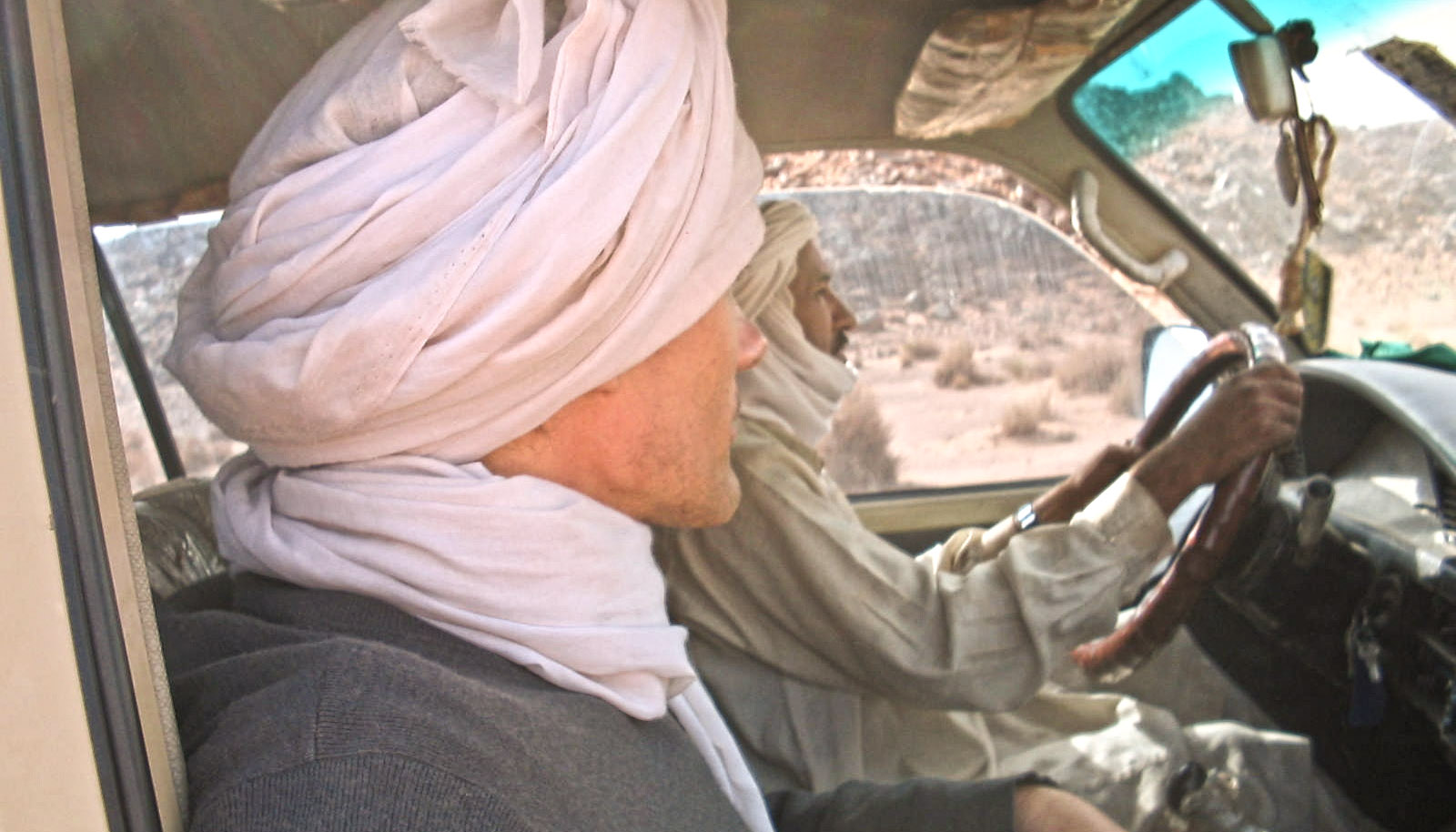 The author enjoying the ride through the Djebel al Hasawinah, Saleh Ali on the wheel.

Four days in the HaH, some 400 miles of searchable terrain covered, a couple hundred pseudo-meteorites, three flat tires, two ordinary chondrites and a medium sunburn – so much for the statistics. Nothing to write home about, a tough, commercial prospector might say.

As seen from the perspective of efficiency he is certainly right. But those who ever had the good luck of finding a meteorite will certainly know that there is something about it that statistics cannot convey. 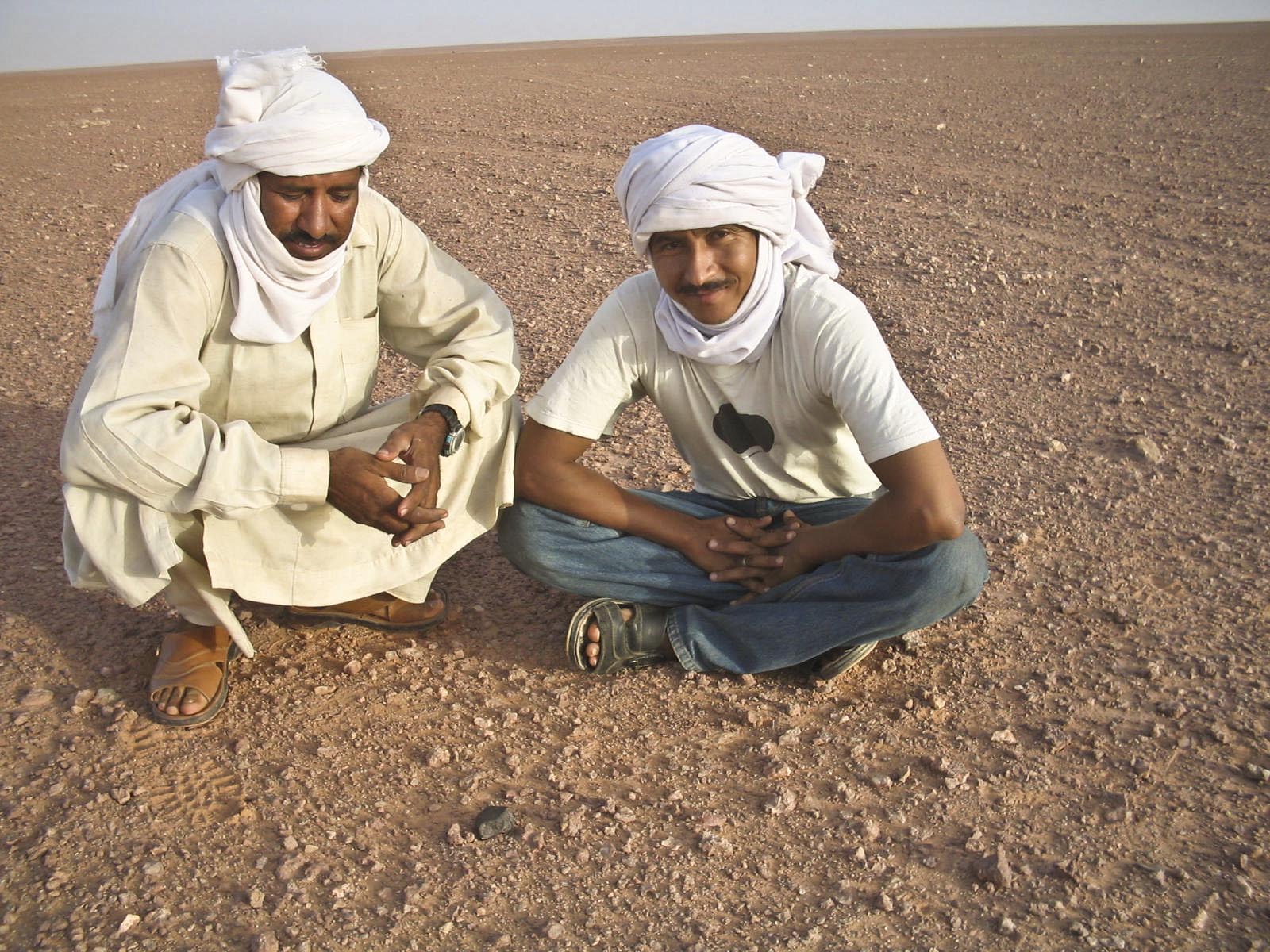 Considering the ludicrous Monte Carlo-like randomness combined with inconceivable orbits, distances, and ages determining the fall of a meteorite from the dark, icy depths of space onto the ever-changing surface of our planet, the intention of finding such a celestial fragment during a lifetime is almost presumptuous. Actually picking up one of these heavenly messengers from the dust of millennia in the vast and desolate deserts of the Sahara changes your moral standards – regardless of their lithology. 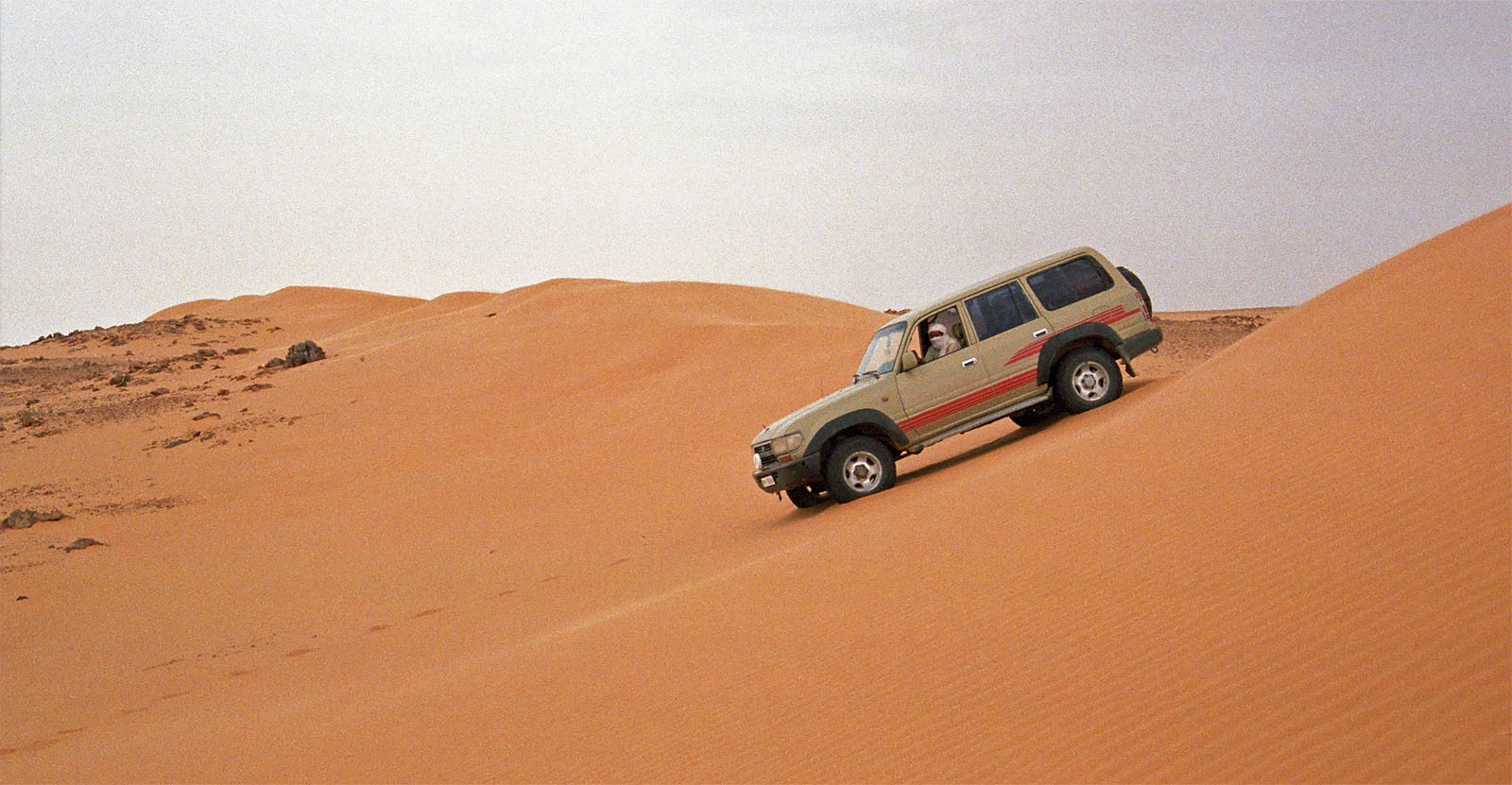 Towards Wadi Schati through the fringes of the Ubari Sand Sea

Regarding the timeless charm evoked by these stones one can hardly quote a better witness than Franz Ritter von Kobell and his comment on meteorites in Meyer’s Volksbibliothek published
in 1845:

“For how long many a meteor stone may have moved in its circular flight as a small descendant of a planet, through the midst of the immense masses of the great regents of the skies, which revolution may have pulled it away into the wide, strange stellar space and have separated it from its mother Ceres or Pallas or whatever their name, how many things may have befallen it during its voyages through those dizzy heights, whose extent man can hardly comprehend, except for those moments of sublime feeling, which at the same time make him bow to HIM who hath created and disposed as HE pleaseth? Such are the thoughts that befall us as we look at the black, mysterious stone, which now lies cold and motionless in our cabinets and which, methinks, in bright nights, when it beholds the distant stars twinkling in the night sky outside, may silently yearn for the time when it moved freely in its audacious flight, that it relished.” 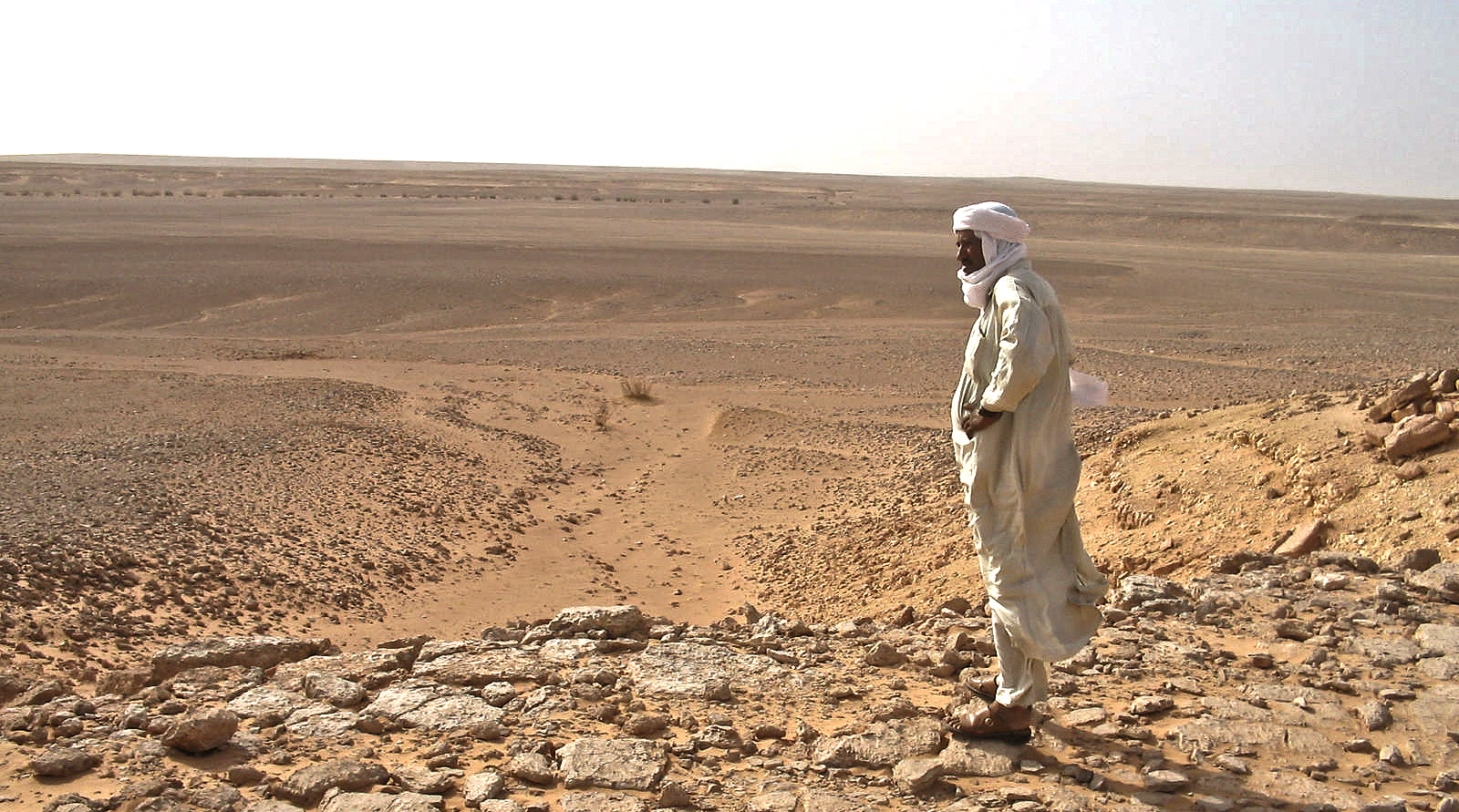