Meteorite Recon | Meteorite fusion crust on stone and iron meteorites, photo documentary
Fusion crust on meteorites has been a subject of interest since rocks falling from the sky have been known to mankind. A description of a meteor stone’s exterior as “dusky black in color, rough, uneven with some edges projecting” was given around the year 275 AD by the Nubian orator Arnobius the Elder. Similar descriptions were provided among others by the Greek historian Herodian (170 – 240 AD) of the black, probably oriented, meteor stone of Elagabalus. By attributing the heavenly messengers’ sooty appearance to their fiery descent onto earth, the ancients interpreted the black coating of meteoritic stones correctly.
Meteorite fusion crust on meteorite falls and finds, chondrites and achondrites, stone and iron meteorites
3078
page-template-default,page,page-id-3078,page-parent,page-child,parent-pageid-3011,eltd-core-1.0.1,ajax_fade,page_not_loaded,,borderland-ver-1.8, vertical_menu_with_scroll,smooth_scroll,paspartu_enabled,paspartu_on_top_fixed,paspartu_on_bottom_fixed,transparent_content,grid_1300,wpb-js-composer js-comp-ver-6.0.3,vc_responsive,elementor-default,elementor-kit-6471

A few short notes on

Fusion crust on meteorites has been a subject of interest since rocks falling from the sky have been known to mankind. A description of a meteor stone’s exterior as “dusky black in color, rough, uneven with some edges projecting” was given around the year 275 AD by the Nubian orator Arnobius the Elder. Similar descriptions were provided among others by the Greek historian Herodian (170 – 240 AD) of the black, probably oriented, meteor stone of Elagabalus. By attributing the heavenly messengers’ sooty appearance to their fiery descent onto earth, the ancients interpreted the black coating of meteoritic stones correctly. 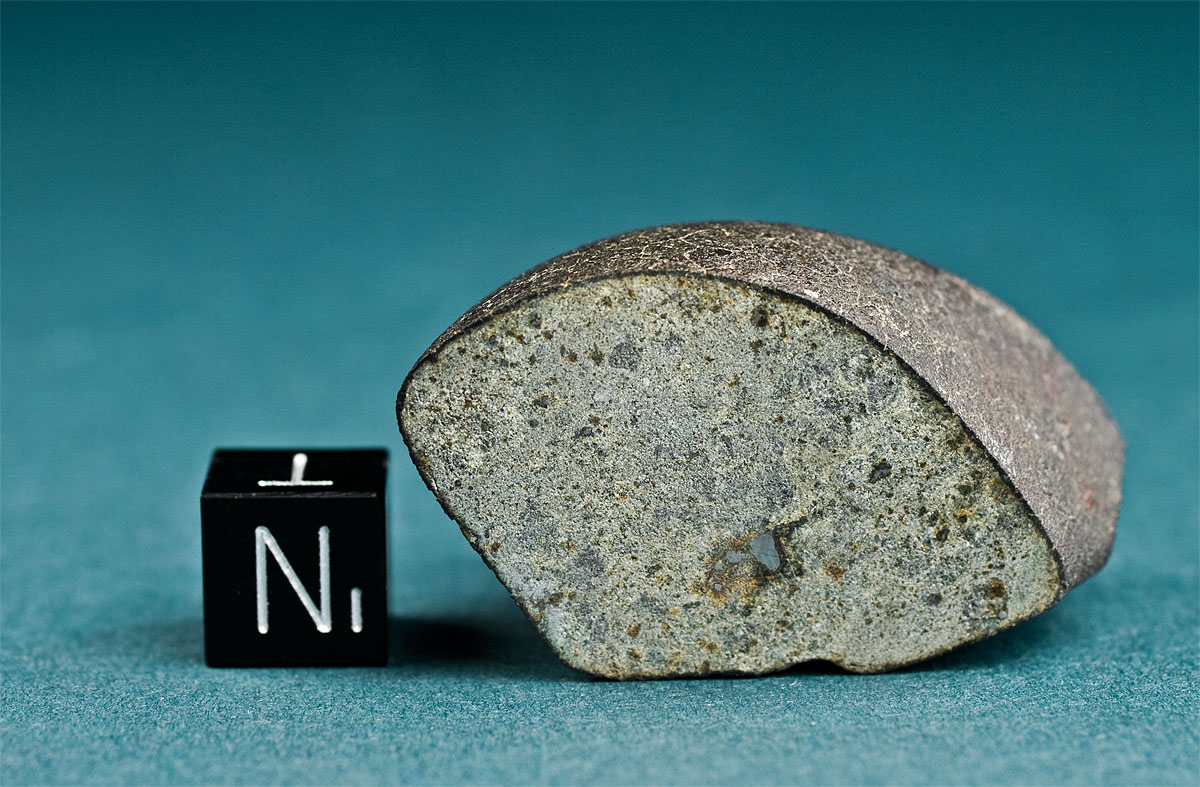 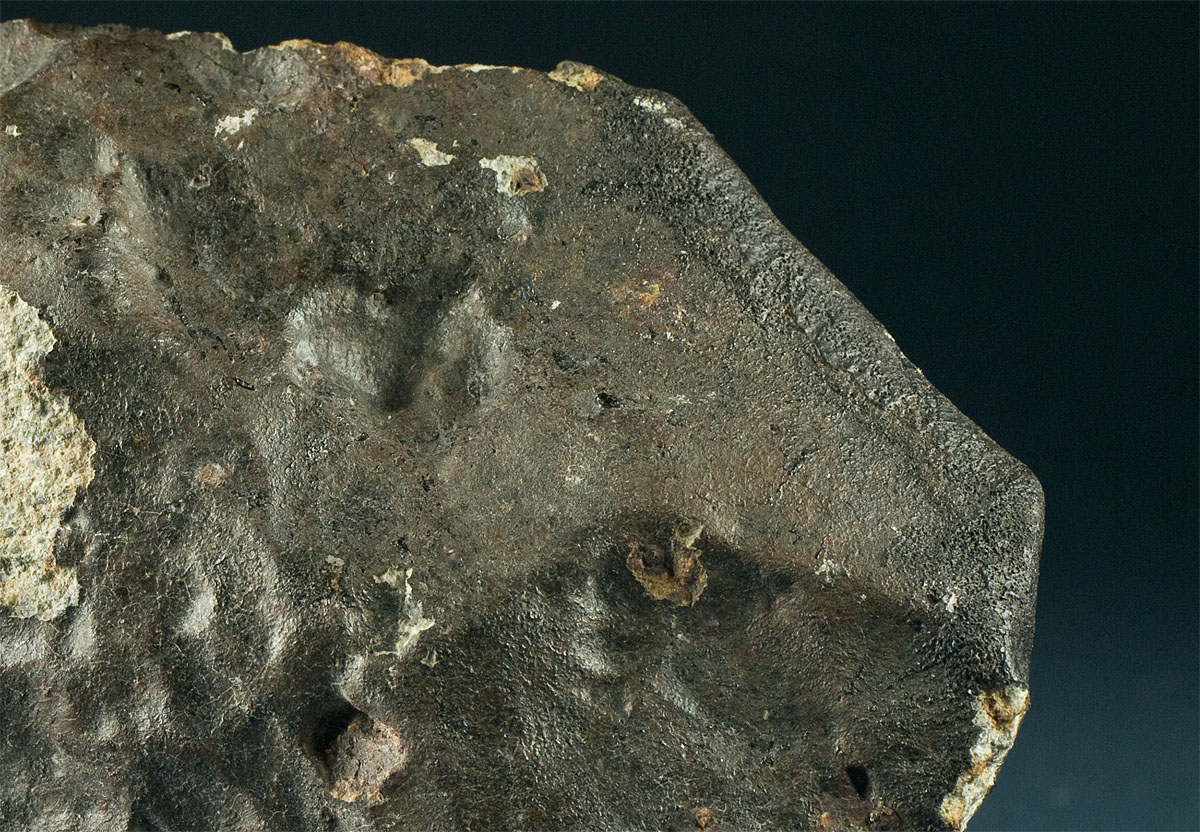 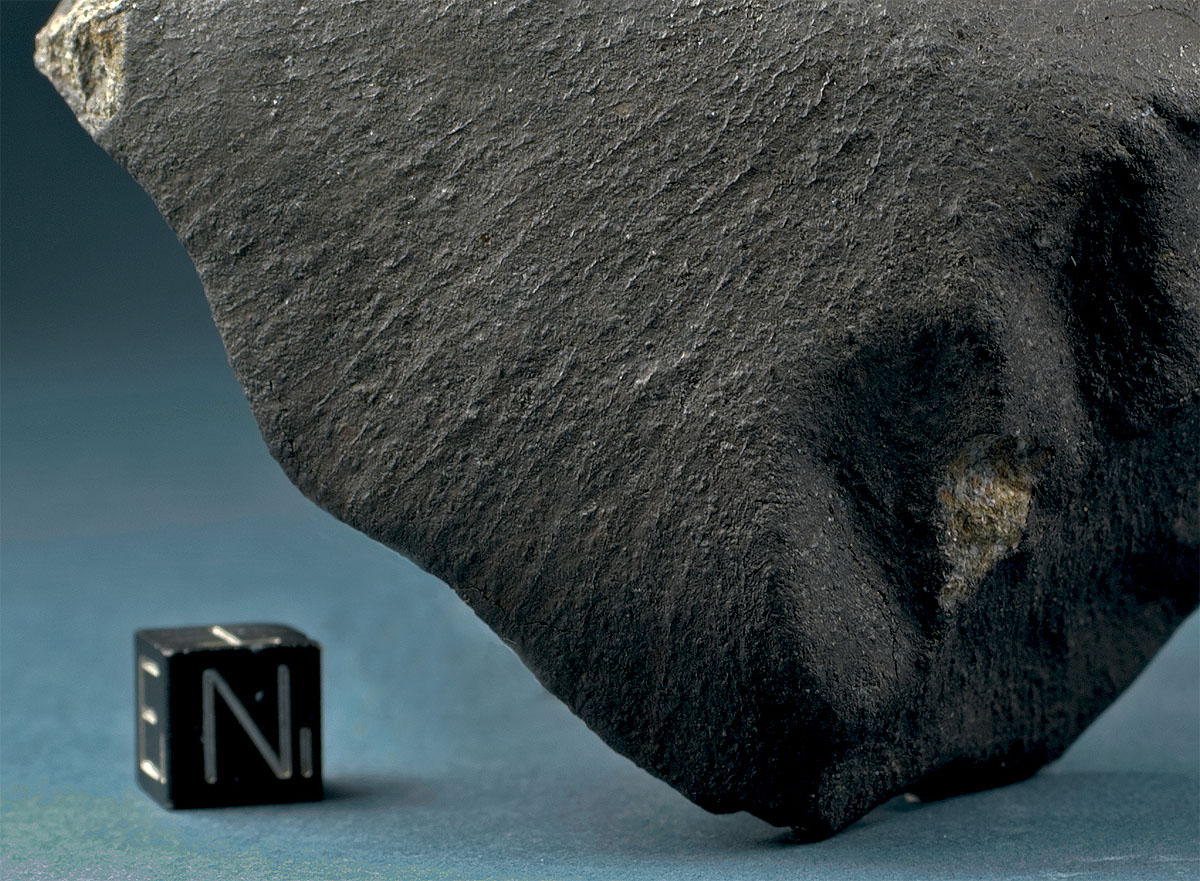 The first detailed and comparatative studies on fusion crust, which were later joined by the works of Chladni (1819), Tschermak (1885) and Brezina, we owe to Scherer and Schreibers (1809). Since then, every major researcher in the field has addressed the subject at least marginally.

Buchwald delivered a comprehensive study on fusion crust of iron meteorites (1975). Ramdohr (1967) and, more recently, Genge and Grady (1999) untertook detailed microscopic and micro probe supported research. Still, misconceptions on fusion crust are fairly common in the popular media and on the Internet, which is reason for us to attempt a brief illustrated introduction into fusion crust and its common morphology.

Fusion crust, or fusion rind, is a thin melted surface layer of thermally transformed components of a meteorite. On stone meteorites it is mainly composed of olivine, glass, wuestite and other iron oxides of the magnetite series and rarely exceeds a thickness of 1 mm. On iron meteorites it is almost completely composed of magnetite and even finer, regularly less than ¼ mm.

Fusion crust forms when meteoroids enter the gas atmosphere of our planet at speeds between 15 and 70 kilometers per second. This is fast enough to cross the North American continent from east to west in 4 to 5 minutes. One can imagine the enormous front wave of compressed air that is produced by these cosmic missiles.

At an altitude of about 70 km, where the air is less than 1 percent as dense as it is at sea level, the atmosphere begins to slow the meteoroid down. At this stage, the meteoroid has already compressed a wave of air in front of it. The deeper the space rock penetrates into the increasingly dense atmosphere, the more the wave of air in its path is compressed and increases in temperature.

Eventually the hot air causes the exterior of the meteoroid to melt. At temperatures of around 2,700°F, asteroidal lithologies put up little resistance. Once the melt becomes fluid, it is instantly carried away in the gas and plasma jet stream and new material is melted underneath. In this process of ablation, depending on entry angle, entry velocity and mineral composition, the meteoroid loses up to ninety percent of its original mass. Contrary to widespread belief, the inner portion of the meteoroid is not affected by the temperature of the ablation process since the heat is instantly conducted with the fluid melt in the gas stream.

At this stage of hot ablation, the meteoroid’s original shape is being remodeled. Due to their irregular shape the majority of meteoroids spin or tumble uncontrolled during their flight. In this case, all surfaces are ablated more or less uniformly. Unless the meteoroid is ablated to an aerodynamic shape and develops a stable flight, only inhomogenities in its mineral composition cause local differences in the degree of ablation. Components with a relatively lower melting point, such as troilite, tend to melt much more quickly than Fe-poor olivine, for example. Ca-rich lithologies melt even faster. Once the ablative process reaches aggregates with a lower melting point, small pits and dimples form which, in turn, cause micro turbulences that carve out these dents even further. The resulting grooves are called regmaglypts.

Once Earth’s atmosphere has slowed down our meteoroid to a point where no melting occurs, it enters the dark and cold stage of its flight. Now the moment has come where fusion crust is formed. When the last melt cools, a thin, often glassy and dull coating solidifies: the fusion crust. Thus, fusion crust is a snapshot of a particular moment of a meteroid’s morphological formation frozen in time.

In some cases, fusion crusts develop fine lines of solidified melt. These are named flow lines and usually point to the side of the meteorite representing the surface pointing away from the direction of flight at the moment the crust cooled. Sometimes a meteorite’s surface shows tear-shaped splash droplets which also point in this direction. Contrary to the flow lines, these are formed by material which has been stripped off the surface and is subsequently caught again by the spinning meteorite.

On other spots, particularly on the rear, on flanks and on portions protected from the airflow, melted material accumulates and forms local rims, or lips, of thicker crust. These are found mostly along the edges of surfaces pointing away from the direction of flight. These rims may frame the complete trailing surface of a meteorite and may be called roll over rims. They formed as the semi-liquid melt rolled over the edge and solidified in the lee of the gas stream.

If liquid material is trapped and blocked to escape with the gas stream it forms thick ridges or fills cavities. Under certain conditions, melted material accumulates on the trailing side of meteoroids with stable flight attitudes and forms several layers on top of each other. In extreme cases, these mega crusts can reach a thickness of 1 cm and more. Fragments recovered from the main mass of the Tamdakht meteorite fall (Buhl, et al. 2009) show evidence for this rare phenomenon.

Characteristic flanges, as known from the australite tektites, have not yet been observed on meteorites. According to Ramdohr (1967) this is due to the relatively low viscosity of basic meteoritic melts compared to the high silica melts of the australites.