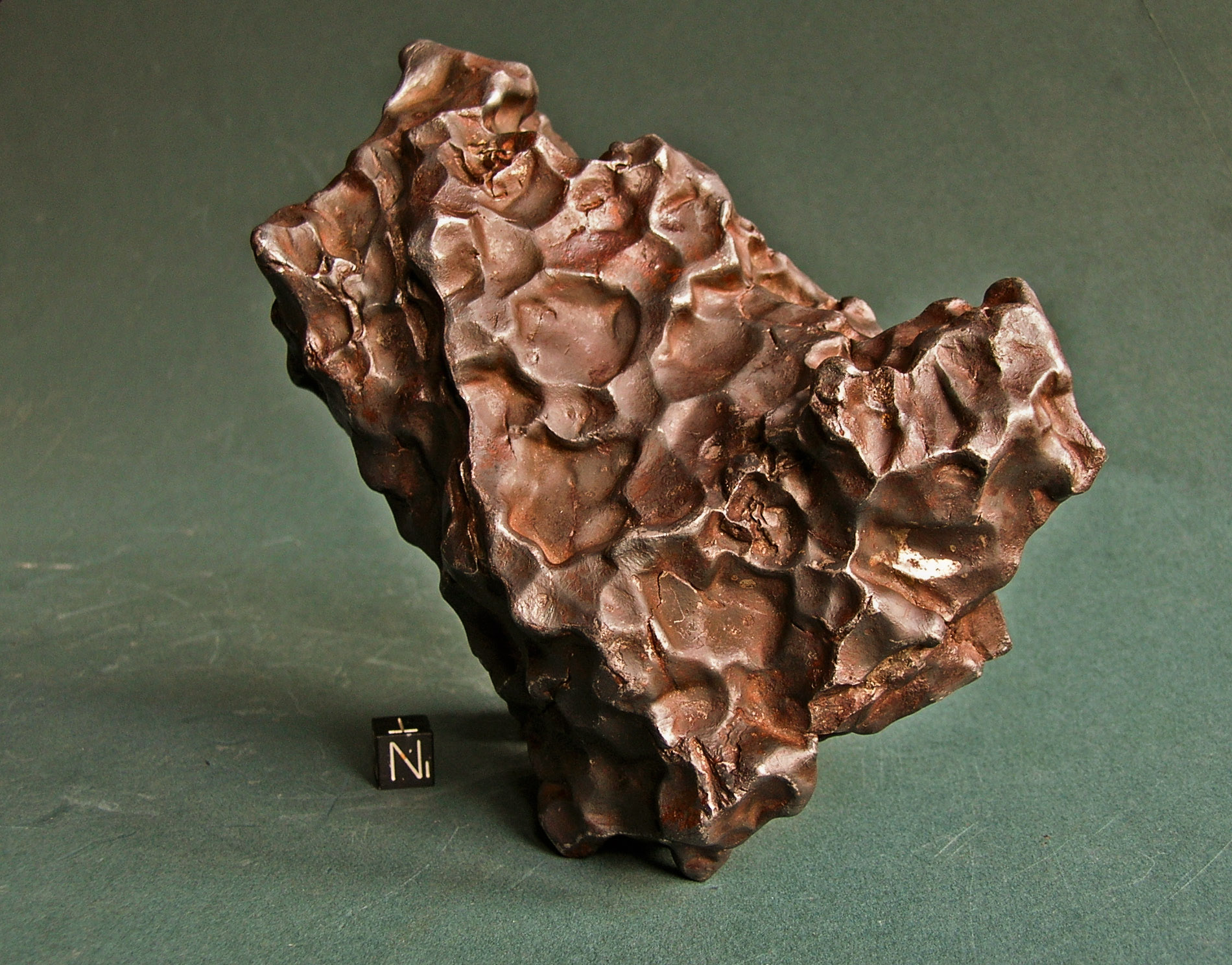 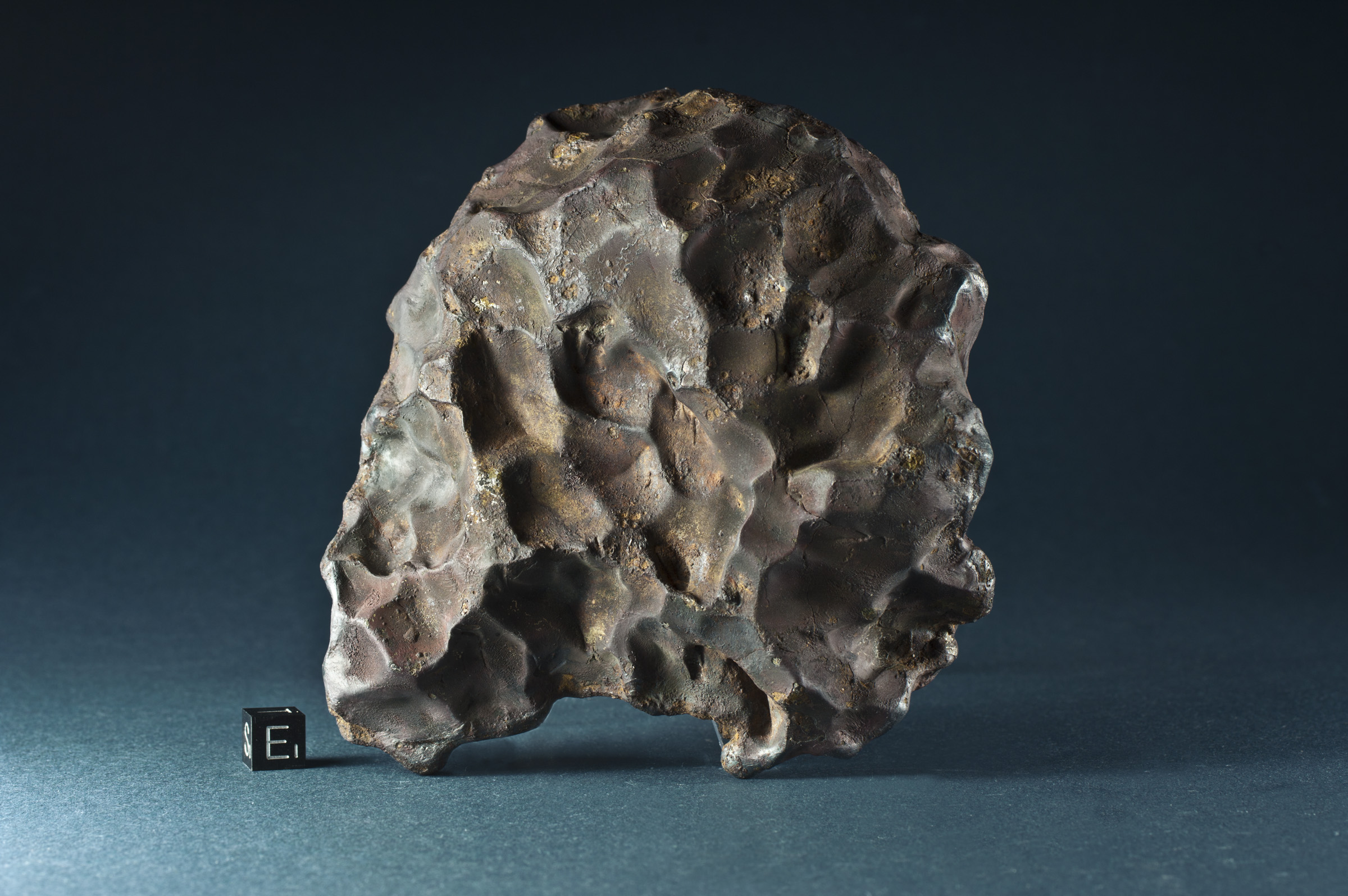 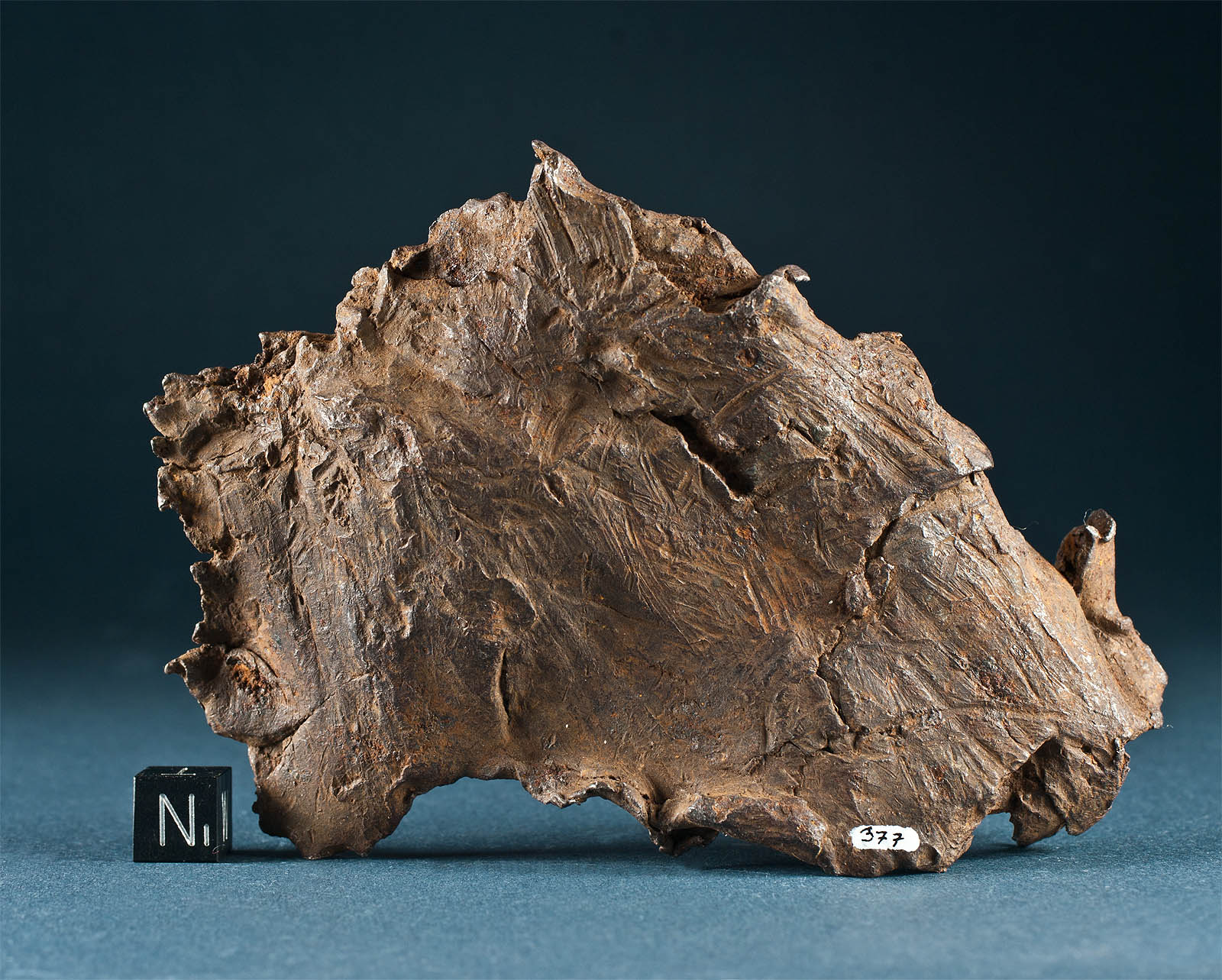 Up to date, the Sikote Alin meteorite fall is the largest witnessed meteorite shower in modern times. It occured in Eastern Siberia on February 12, 1947. “In full daylight a fireball moved from north to south and, at 10:38 a.m. local time, fragmented in the Earth’s atmosphere. The debris covered an elliptical area of 1.6 square kilometers on the snow covered western spurs of the Sikhote Alin mountains.” (Buchwald 1975).

The Russian scientists Krinow, Fesenkov, Shipulin and Chettjikov collected numerous eyewitness records from places up to 180 km from the fall and provided extensive studies of the event. Due to their efforts Shikote Alin is one of the best understood meteorite falls in history. The photos show representative individuals as collected by the first expeditions reaching ground zero in mid 1947.

In the years from 1947 to 1950 about 8,500 specimens ranging from 1 g to 1,745 kg and totalling more than 23 tons have been collected during annual expeditions sent to the impact site by the Russian Academy of Sciences in Moscow.

The pre atmospheric size of the Sikhote body was estimated to ~1,000 metric tons and more than 70 tons, including dust, is estimated to have reached the ground.

The complete break up of the meteorite occured at an altitude of only 4-6km. Three main stages of fragmentation have been determined. The first stage of fragmentation occured while the body was moving with a significant cosmic velocity. Individuals specimens separated during this event received the highest ammount of aerodynamic surface shaping.

In the second phase of fragmentation some of the masses separated during stage one, again, fragmented. The cosmic velocity retained was sufficcient to produce distinct regmaglypts. The last in flight fragmentation occured when the meteorites had lost almost all of their cosmic velocity. The surfaces produced during this last stage of fragmentation show angular and irregular rough features with only little or no “aerodynamic molding” as Krinow calls it.

A detailed study on the  fragmentation of the Sikhote Alin Meteorite body was provided by Krinow in 1974.

Shikote Alin specimens produced in the 1st and 2nd fragmentation underwent a sufficient time of individual flight to develop a distinct pattern of regmalypts. In compact shaped individuals with diamters of the order of tens of centimeters the size of the regmaglypts usually corresponds to the size of the individual by an average ratio of K=0.09. The ratio K is inversely proportional to the size of meteorites. Regmaglypts conforming to this ratio, like on the 4.91 kg sample shown, are considered normal (Krinow 1974). Considerably larger regmaglypts are usually representing the orginal surface of a larger mother body that fragmented in the late stage of the flight.

The 17 Minute video documentary covers the first three expeditions sent to the fall site of the Sikhote Alin meteorite on behalf of the Russian Academy of Sciences in Moscow from 1947 to 1950. Due to the efforts of Sergey Vasiliev (SV Meteorites) and Jeff Kuyken (meteoritesaustralia) this unique contemporary document can now be viewed with English subtitles. 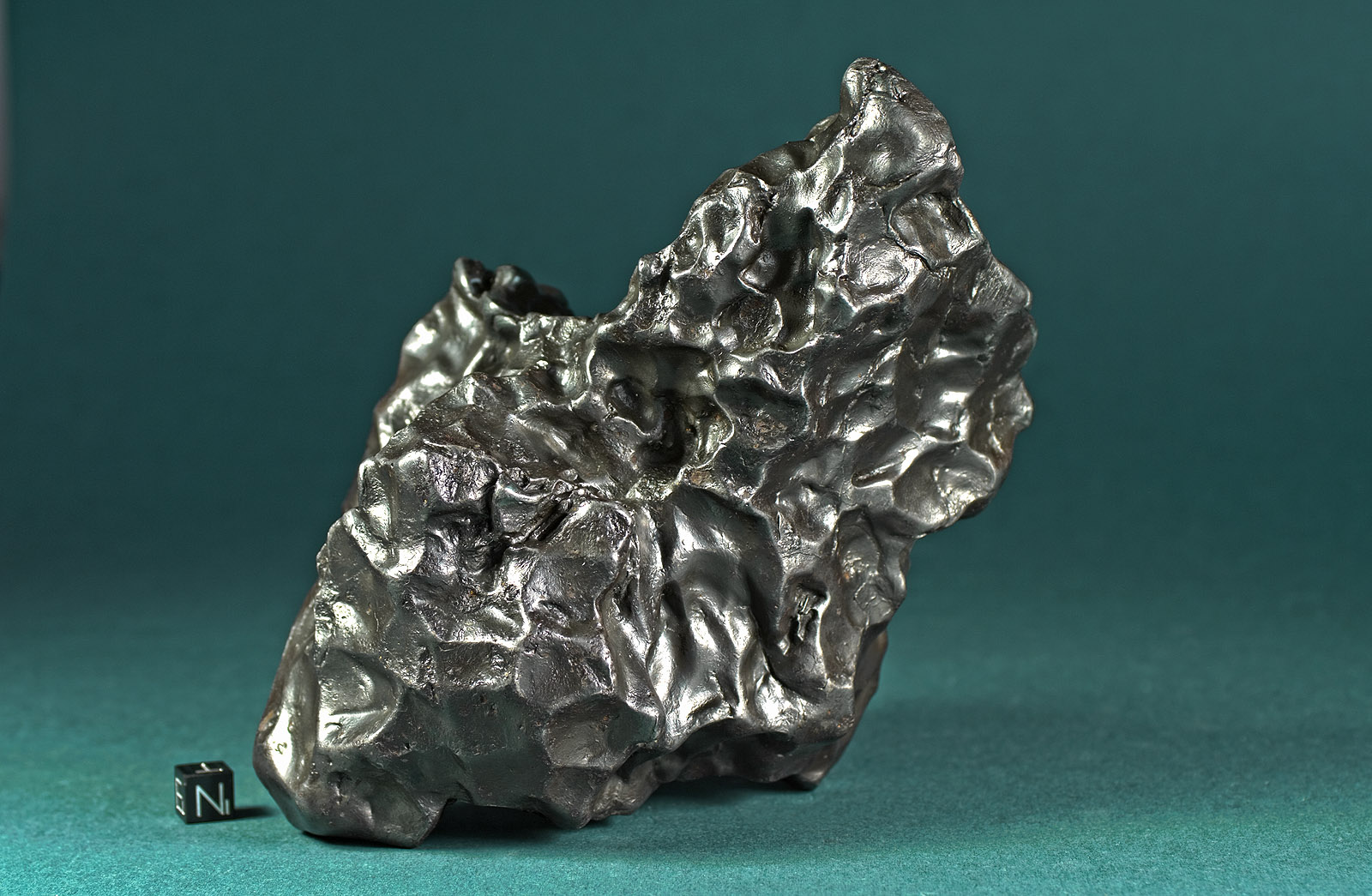