Meteorite Recon | Meteorite fusion crust on stone and iron meteorites, photo documentary
There is another feature common with fusion crusts that is rarely addressed in the literature. Particularly those meteorites with a very thick fusion crust of 1 mm or more often display blank patches bare of crust. The CV3 chondrite Allende is a well-known example. These bare patches often appear on protrusions and flanks of a specimen, but they occur on flat surfaces as well. The flaking is not a result of the meteorite’s impact. In fact, most of the spalling happens in flight. Other evidence for spalling of fusion crust during the flight of a meteoroid are areas free of crust that bear traces of sooting, a good sign that the spalling occurred during the final stage of the hot flight.
Meteorite fusion crust on meteorite falls and finds, chondrites and achondrites, stone and iron meteorites
3187
page-template-default,page,page-id-3187,page-child,parent-pageid-3078,cookies-not-set,eltd-core-1.0.1,ajax_fade,page_not_loaded,,borderland-ver-1.8, vertical_menu_with_scroll,smooth_scroll,paspartu_enabled,paspartu_on_top_fixed,paspartu_on_bottom_fixed,transparent_content,grid_1300,wpb-js-composer js-comp-ver-6.0.3,vc_responsive,elementor-default 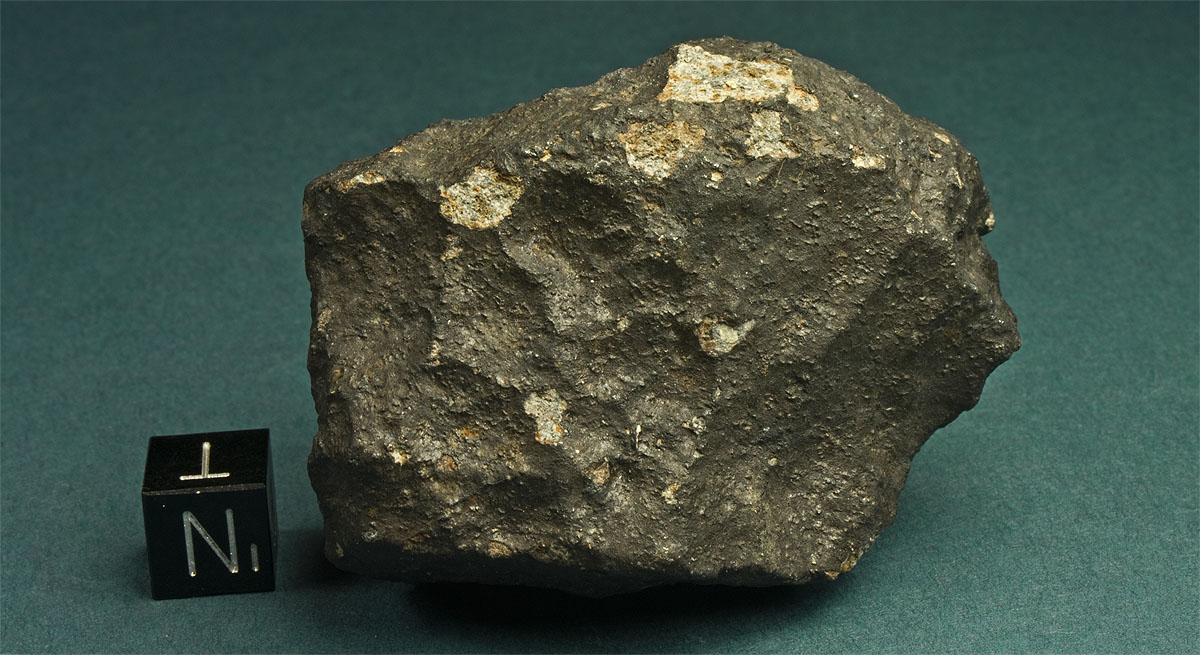 Sand abrasion has penetrated the wind polished and desert varnished crust, and caliche minerals have filled the contraction cracks on this L6 chondrite from the Al Mahbes, Morocco area 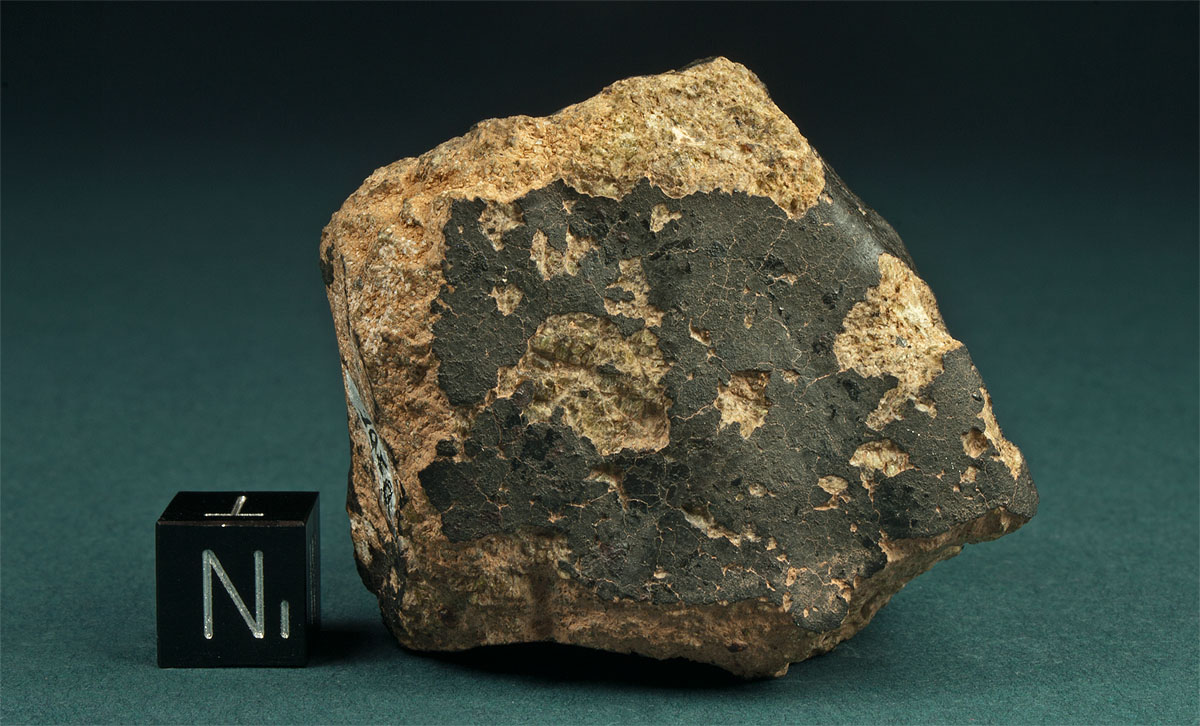 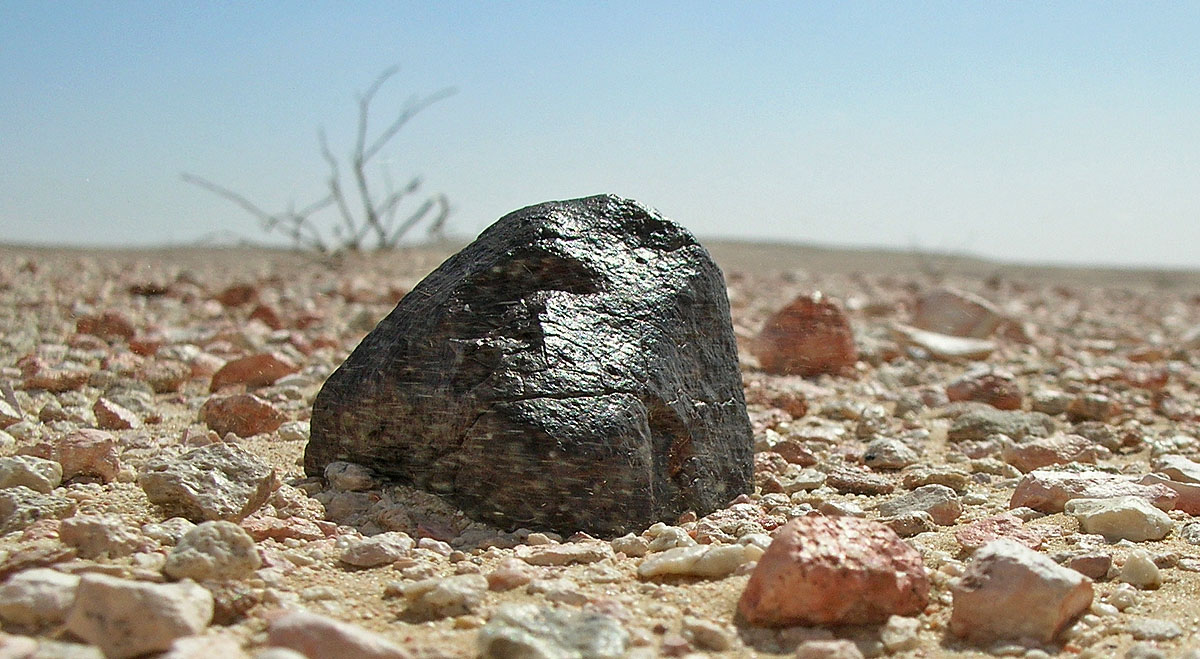 Wind borne sand eroding a meteorite in situ. Saltating sand grains can be seen attacking the meteorite that has already lost all fusion crust and shows signs of progressed desert weathering 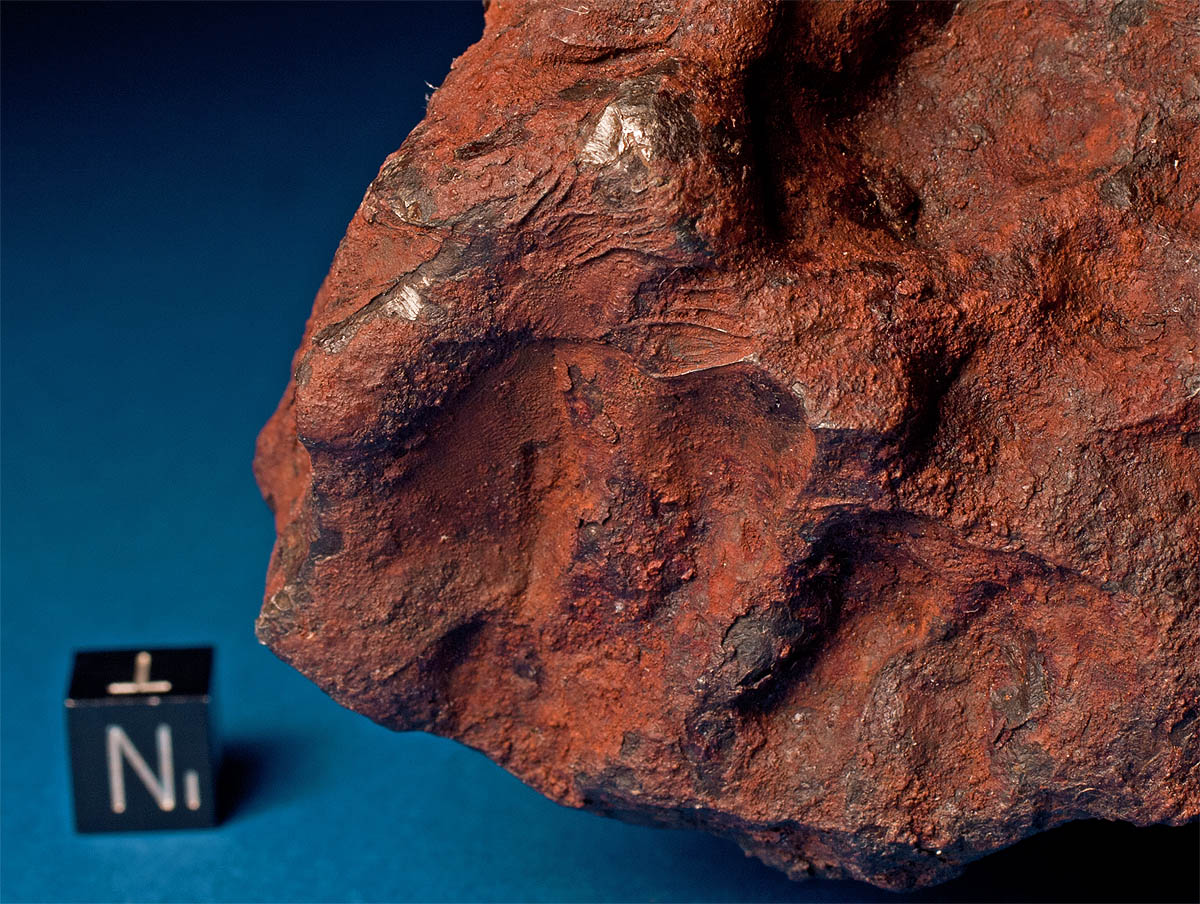 Sub-surface oxidation in a semi-arid environment has attacked the fusion crust on this Taza iron Meteorite (NWA 859). Volume increase resulting from oxidation under the crust has already stripped flakes of rind off the meteorite

Large weathering crack emerging on the surface of a sandpolished ureilite (Dhofar 1623). Note the scale-pattern fusion rind typical for ureilites

There is another feature common with fusion crusts that is rarely addressed in the literature. Particularly those meteorites with a very thick fusion crust of 1 mm or more often display blank patches bare of crust. The CV3 chondrite Allende is a well-known example. These bare patches often appear on protrusions and flanks of a specimen, but they occur on flat surfaces as well. The flaking is not a result of the meteorite’s impact. In fact, most of the spalling happens in flight. Other evidence for spalling of fusion crust during the flight of a meteoroid are areas free of crust that bear traces of sooting, a good sign that the spalling occurred during the final stage of the hot flight.

Depending on the meteroid’s surface shape, its heat conductivity, the thickness of the fusion crust, the composition and grain size of the underlying mineral matrix and the temperature gradient the meteroid encounters during its fall, the adhesion with which the fusion crust sticks to the meteorite varies. Thus, it occurs that patches of crust are stripped from the meteoroid through atmospheric drag in the air stream. As Ramdohr (1967) pointed out, the thin magnetite fusion crust of irons is particularly susceptible to in-flight spalling.

Finally, our meteoroid hits the ground and thus becomes what is called a meteorite. Often the fusion crust is damaged by the impact. Bare patches or adhering soil material will be future starting points for weathering. Depending on the hardness of the target surface and due to the low impact velocities it is as well possible that the fusion crusts survives intact. Of the large meteorite falls Pultusk, Chelyabinsk, Mocs, Millbillillie, Camel Donga, Gao, Bassikounou and Chergach for example, many specimens are known displaying no chips at all.

Once fallen onto the earth’s surface, the fusion crust protects the meteorite from the effects of terrestrial weathering. Simultaneously, it is the most exposed part of a crusted meteorite, and a very vulnerable part, in fact.

If one inspects the fusion crust of a stone meteorite recovered hours or days after its fall, one will find a disturbed, coarse and tubercular texture that provides the meteorite with an increased surface for the attacks of chemical and mechanical weathering. The rough fusion texture tends to bond contaminants like calcium carbonates, clay particles, aggregates of wind-born dust and dew. Despite its relative hardness, its lack of compactness makes it easy prey to abrasion through wind-borne ice crystals or saltating sand grains.

Besides oxidation, one of the first visible effects of weathering on a meteorite in arid environments with abundant quartz sand is a light polish or luster caused by saltation. The continuous impact of quartz grains erodes the outer vesicular layer of the fusion crust. While the underlying substrate is still in place, the thin, rough-textured upper layer is abraded to a certain extent by wind-borne sand. A process also known as corrasion. In areas with abundance of quartz sand, this effect can occur after only few months.

Meteorites in cold environments are susceptible to a similarly quick method of erosion. Despite their often long terrestrial residence, many Antarctic finds display quite fresh interiors while their exterior is heavily abraded by wind-borne ice crystals up to depths of 1 cm and more. Once the fusion crust is gone in places, the developing bare patches function as access gates for eroding particles. Often the meteorite’s matrix is deeply carved out between and even under patches of intact fusion by impacting ice crystals or quartz grains.

The temperature gradient at the meteorite’s resting place is another important factor for the preservation of fusion crust. Large gaps between day and night temperature peaks will increase shear stress between the interior of the meteorite and its fusion crust because each has a different coefficient of expansion and contraction. Eventually, the induced shear stress leads to further flaking of the crust.

At the same time, the fusion crust is subjected to chemical attacks both from the outside and the inside. The main chemical weathering reactions taking place in a meteorite exposed to the elements are oxidation, hydration and solution.

Humidity penetrates the meteorite through cracks and fractures. The humidity will dissolve available chlorides (in exchange for OH) and distribute them through the meteorite. Developing Fe(II) chloride (FeCl2) oxidizes further to Fe(III) chloride (FeCl3) and together with water it forms hydrochloric acid which is attacking the meteorite even further. The oxidation of the meteorite’s iron is locally expanding its volume. If this occurs near its surface this will result in flaking of the fusion crust.

While the iron in the meteorite is oxidized to new weathering minerals such as goethite, minerals like olivine, pyroxene and feldspar turn into claylike combinations. While olivine is most susceptible to alteration feldspar offers the most lasting resistance. In a progressed state (W2-W3) these effects result in a rather brown color on the meteorite’s interior and exterior. Sometimes, as with many finds from the deserts in Oman, leaching of dissolved oxides occurs which results in growing rust deposits on the exterior.

If exposed to the elements for a long time, meteorites often develop deep weathering cracks. Caused by the increase in volume of the oxidizing iron, these cracks originate from the interior of the meteorite. Contrary to contraction cracks, these are intersecting the entire meteorite, providing further access to moisture and dissolving agents, and thus contributing to an even quicker alteration of the meteorite’s lithology. Sooner or later, these cracks will result in the complete fragmentation of the exposed mass.