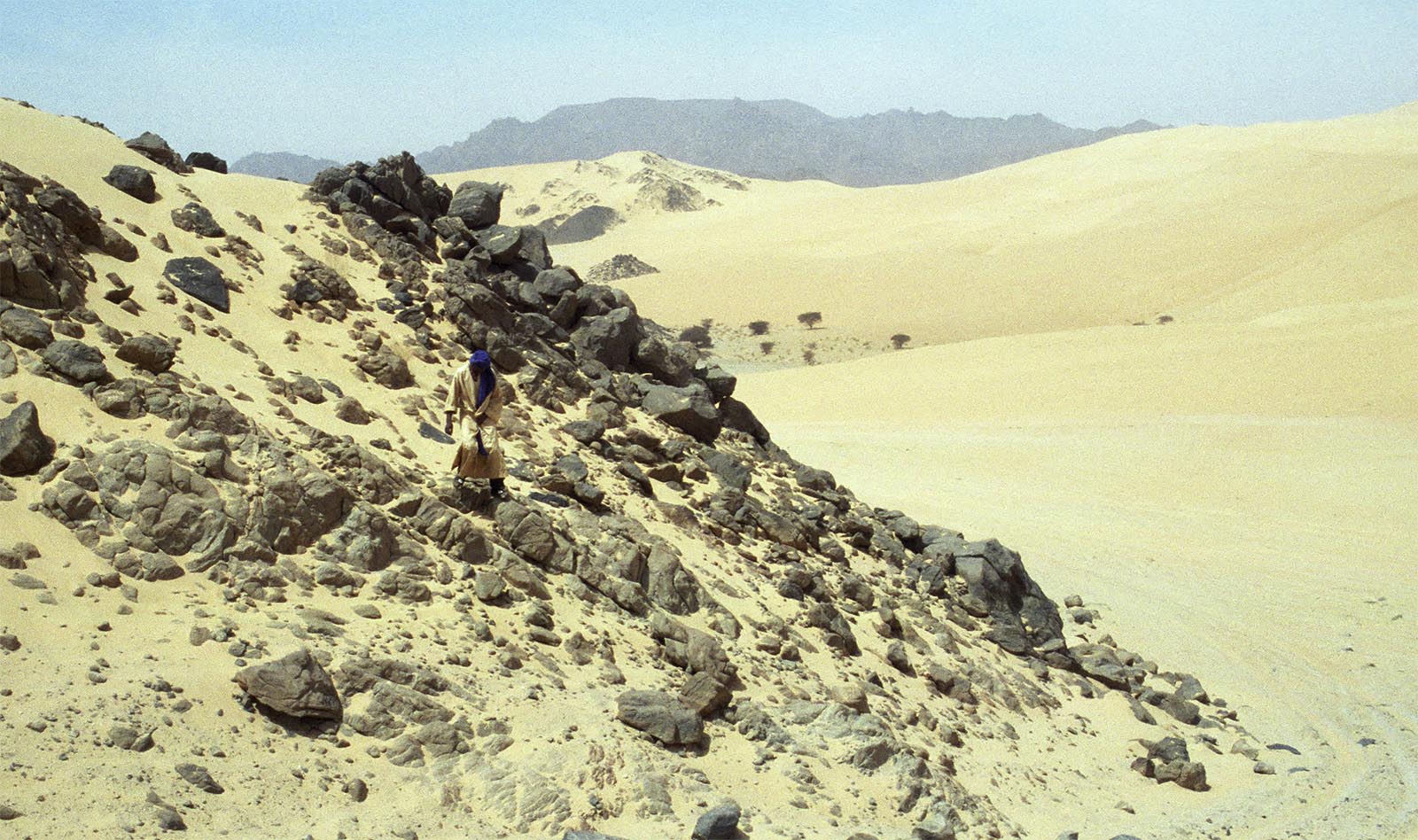 Alhazan climbing at Tehmet, the “Gate of the Ténéré”, where 200 ft sand dunes break at the Air Massif’s granite cliffs

Late afternoon, after a brief resupply stop in Arlit, we reach Tamart Neblish, the “Beard of Satan”. At its flank we meet a young Targi girl beside the tent of her mother. The latter squats in the shaddow of the tent, exhausted but happy. She gave birth to a child this very morning. Naked and with swollen eyelids, the newborn rests in the sand. The mother turns it like a loaf of bread for us to see that it is a boy. Proudly she accepts our congratulations. Since the men decamped tree weeks ago to search for their camels, she and her three daughters lived alone from the milk of a single goat that is tied to a nearby rod.

Through winding ravines, once abraded out of the solid granite bedrock by the pebble transporting streams, we move on into the inner of the volcanic massif. Prehistoric engravings overhanging our nightcamp open a view at life in this valley 5,000 years ago. The glow of our fire sheds light on herdsmen, grazing cattle and a giant cat of prey tensed like a bow.

Its been three years ago, Elkontchi tells us, that a hunting leopard sneaked into the valley of his clan and seized three goats and a sheep. The attacks repeated and the elders decided to sent a warrior to hunt down the predator. Elkontchi’s father took off to pursue the animal on its track up into the mountains. At the end of the fourth day, Aoutchiki faced up with the leopard in a bottleneck and killed it after a brief fight. My assessment, this must have been a challenging Task, considering the “old school” muzzle loaders his folks carry around, outrages Elkontchi visibly. “You may think the Kel Tedele had forgotten how their forefathers went hunting?” With spear and dagger his father had killed the cheetah, not else! I contemplate if I not put such valor past Elkontchi, who, due to the hyenas, rather prefers to sleep in the car at night.

Early next morning, we pass Tehmet the “Gate of the Ténéré”. Abruptly, the scenery changes. From the east the Great Sand Sea breaks at the grim cliffs. The vast plain doesn’t seem to have an ulterior end. Wind borne sand, its way  blocked here, formes gigantic draa dunes, the fierce storm blowing fine grained sand in long ocher waves over their crests. “Speachless at sight of scenery” I note in my journal. 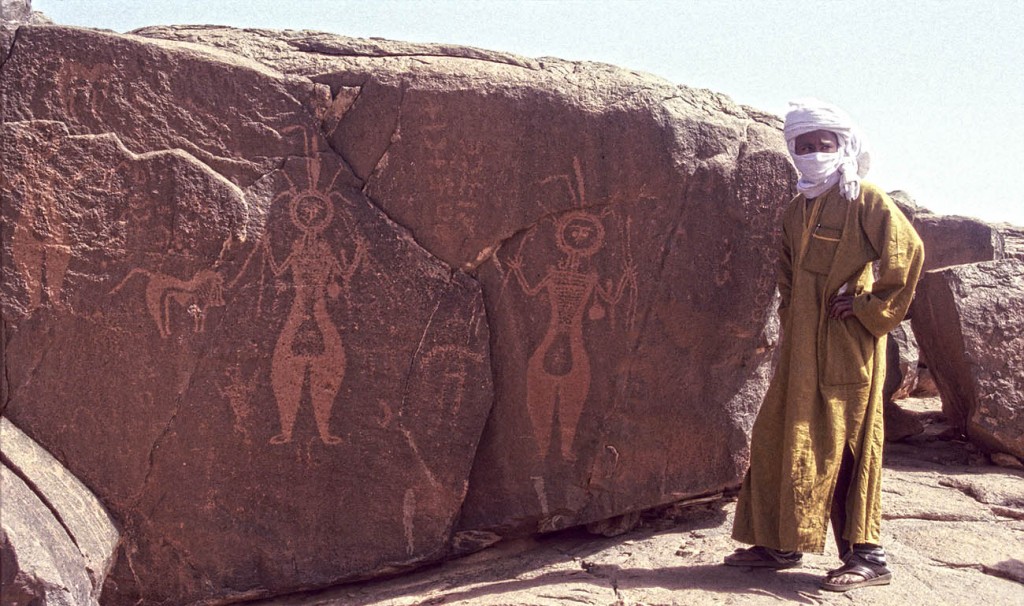 Souleymane and Elkontchi release pressure from the tires to gain more buoyancy in the sand fields. From now on, water is strictly rationed and only issued but for drinking. In an emergency scenario our reserve must last 40 days, Elkontchi explains. The Ténéré, “The Great Examination” as the desert is named in “Tamashek”, forgives no mistakes, Aoutchiki advises us.

And to emphasize his warning, he tells us the story of a group of Frenchmen, company employees of the the mining group Cominac, that went from Arlit on a weekend excursion to the desert. Two couples together with their kids, acompanied by a local driver and a cook. A hundred kilometers east of Agamgam the two vehicles lost sight of each other, because of a flat tire that forced the following car to halt.

Wind arose and blew over the tracks of the lead vehicle steered by the guide, who had continued for two more hours without a glance in the mirror, before he became aware that he had lost his company. The guide turned back but as he had reached their last common position, the vehicle was nowhere to be seen. In the same night, he did a fierce drive of 22 hours, reached Arlit and triggered off one of the biggest search operations in the history of the country.

When army, police and private airlines had not found a trace of the missing after one week, the French Navy sent a Brequet submarine hunter to scan the 6,500 square miles of the search area with infrared sensors. With no results whatsoever. At day 11, the officials quit the search. Aouchiki, who had heard of the incident not until this very day, called on to one of the pilots involved in the search to learn about the details. After he was briefed, he came up with his own hypothesis:

“I knew that the winds in the considered sector under certain conditions model structures in the sand that the unexperienced can eaysily mistake for tire tracks. In this time of the year, the false tracks point to the north. They disapear in an area we call “The labyrinth”. I showed the area to the pilot who confirmed that it was indeed beyond the borders of the search corridor determined by the officials”. 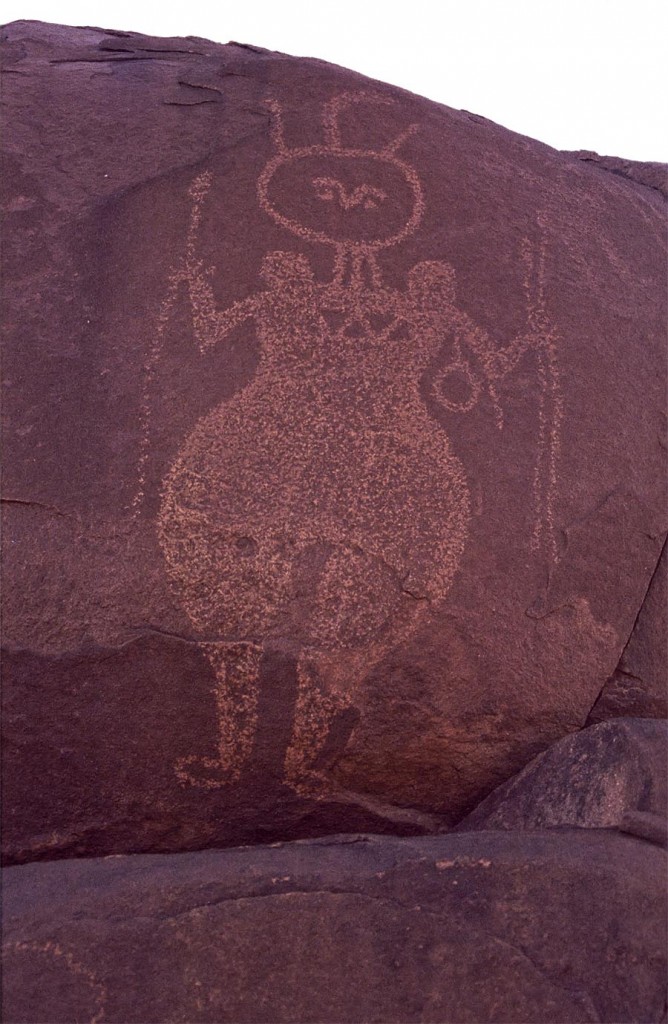 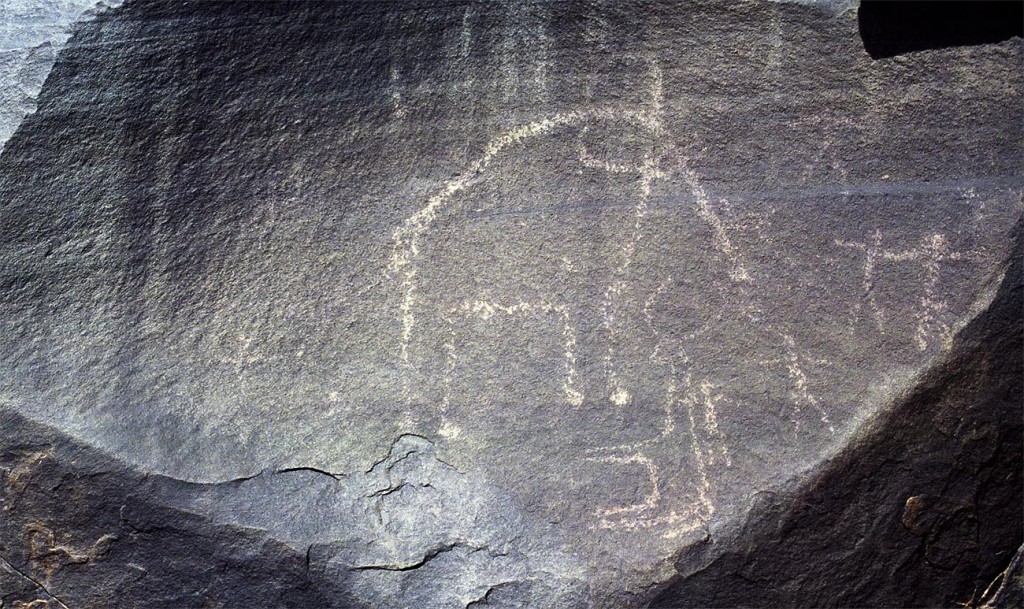 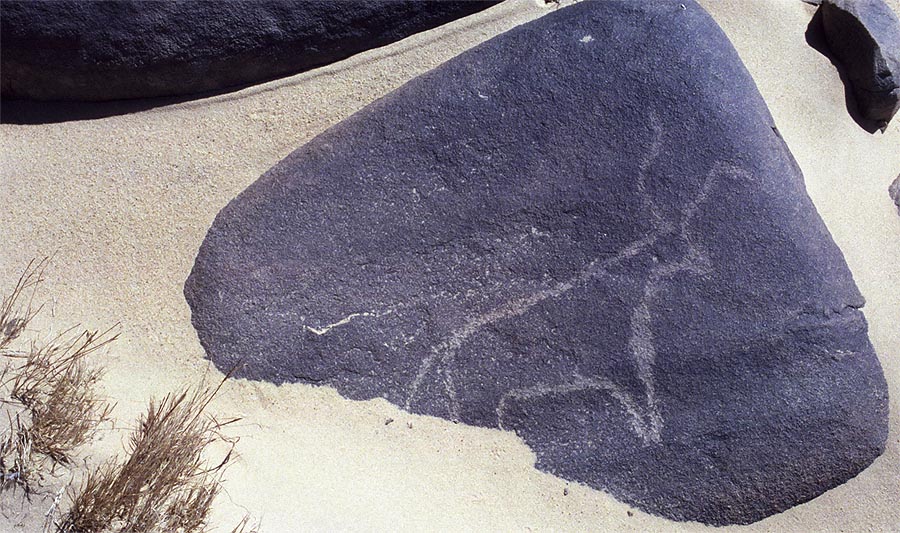 Both of them decided to undertake a last effort and ascended in a Cessna Skyhawk. Less then three hours later, they spotted the vehicle and the pilot touched down on a gravel plain close to it. Naked and raving mad, the dying attacked their rescuers. “The ergs fiery blaze had dried out their brains” Aoutchiki tells us. Because the complete supply had been stored on the other vehicle, despite of brutal rationing, the little water they had kept with them ran out on the fourth day. On the second day, the cook had managed to rope in a straying camel mare together with her foal. That way they had a bit of camel milk until on the sixth day, the foal perished and the mare refused to give any more milk. They gave what liquid was left to the children and three oranges were good for another few drops of liquid.

As the fuel ran out after aimless driving in circles, the six had dug out a pit under the vehicle to shelter from the merciless sun. The last three days without liquid, they survived by rubbing their skin with urine to loose less humidity to the dry air. All could be saved due to the skill and effort of Mohamed Aoutchiki.

Tuareg visiting our camp, bringing us up to date to the latest desert news

We take the story serious, because we have heard of others who had less fortune. Often decades pass before a caravan or an army patrol discovers the parched bodies of the unucky in a sand drift. From time to time, cases of cannibalism occur under these circumstances. So its not really a surprise that some travellers disappear forever. Elkontchi also tells us of vast quicksand fields, in which even the large drilling trucks of the oil companies disappear. My comment, I had had heard this story too, but I also heard that the truck in question was later”rediscovered” by ist owners on a market in Ndjamena, where Targi of a familiar tribe offered it for sale, amuses him visibly.

However, beyond Djado, in the east, there are yet other dangers. There, you do good to hire a Tubu guide if you don’t want to expose yourself to the risk of getting robbed at gunpoint and marooned with nothing but a waterskin. Nevertheless, a German group of tourists went off on their own last December. One of the venturous had to pay his levity with a bullet lodged in the shoulder. Fleeced of a toll, the outlaws had sent a volley with an assault rifle after the fleeing vacationists.